Callum was due to arrive just a month after Ali killed two people and left thousands without power across Ireland. People in the coastal regions were on edge. The wind had already kicked up when we left Limerick for Killarney. It almost blew us off a cliff on the Ring of Kerry.

We were on the south coast now, heading east. We’d had enough city for a while, so we bypassed Cork and booked three nights in the County Waterford countryside.

Emma describes her Airbnb as a double room with ensuite in a sensitively converted traditional Irish cottage with views of the Blackwater river and Knockmealdown mountains. The 260-year-old cottage is amazing. Here’s the view. 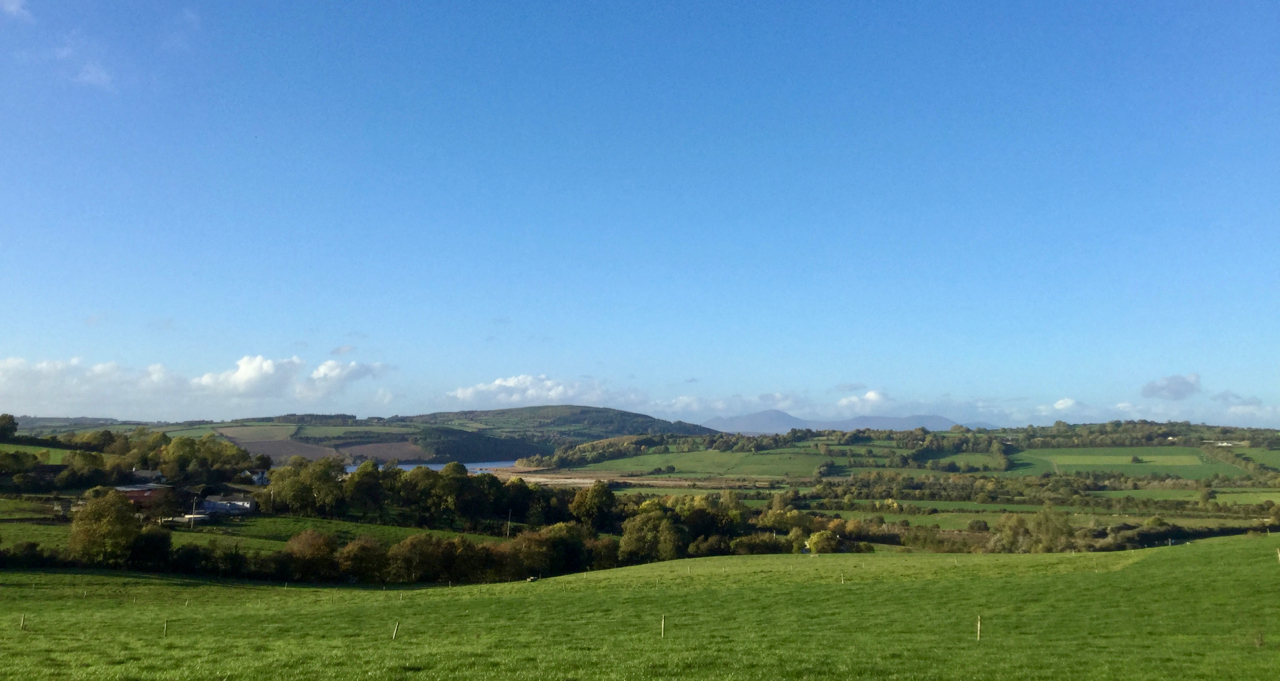 The skies were clear when we arrived, but after 17 days in Ireland with no daytime rain, we expected nothing less. The gale force winds Met Éireann predicted had Emma concerned.

“My barn has a temporary roof. I could lose it.”

This isn’t the barn she was worried about. 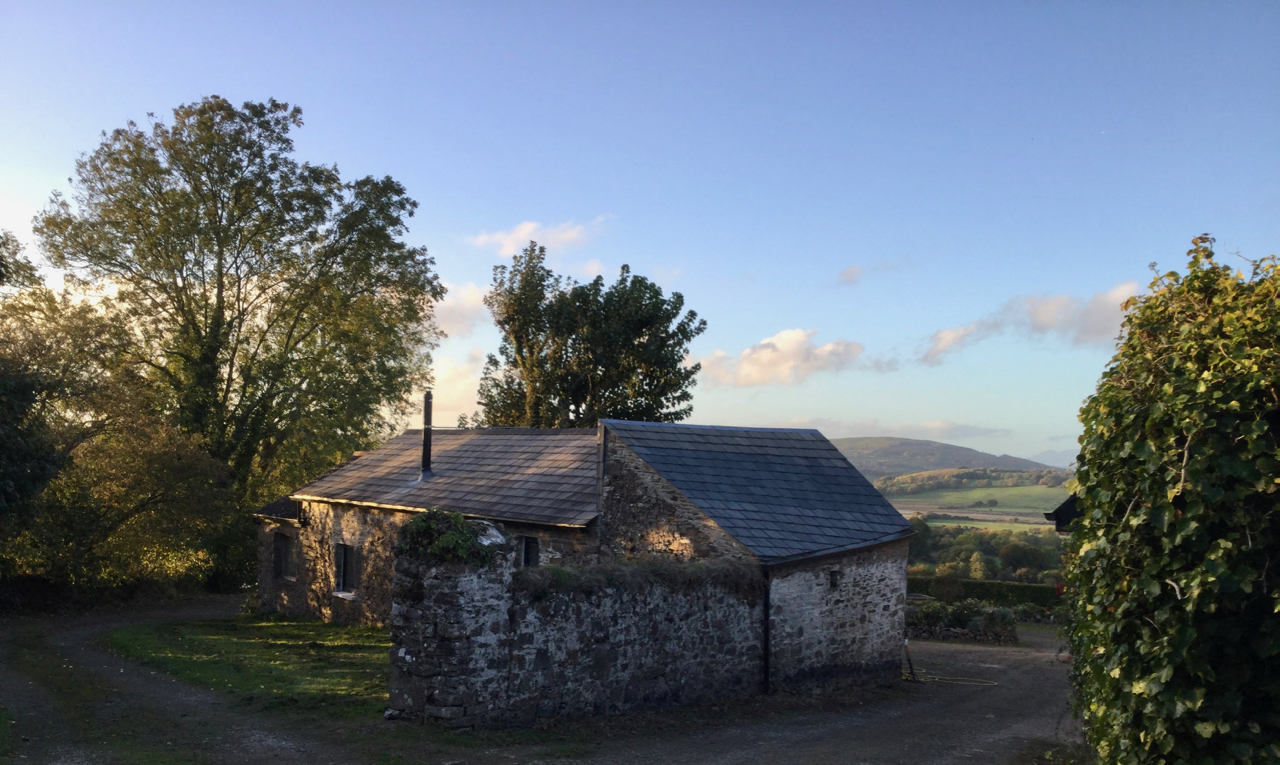 That one houses her gallery, I am of Ireland. It has a great roof. Inside and out. 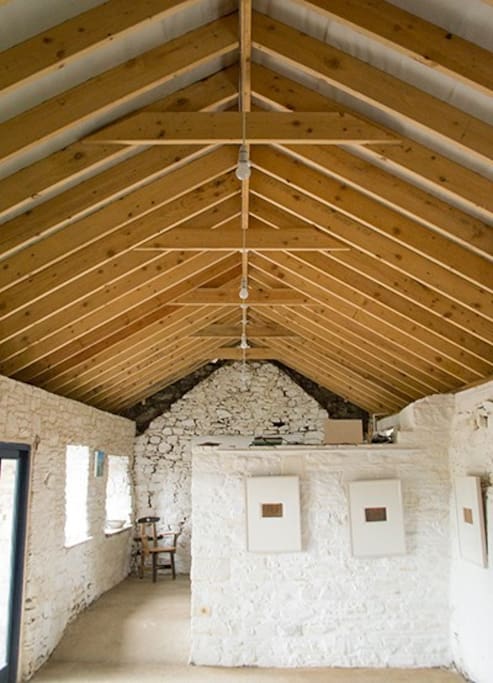 It was this one Emma was nervous about, down at the bottom of the garden flanked by her son Oscar’s rabbit hutch and chicken coop.

Oscar is 10 and a budding farmer. He grows vegetables and sells them at the top of the boreen. 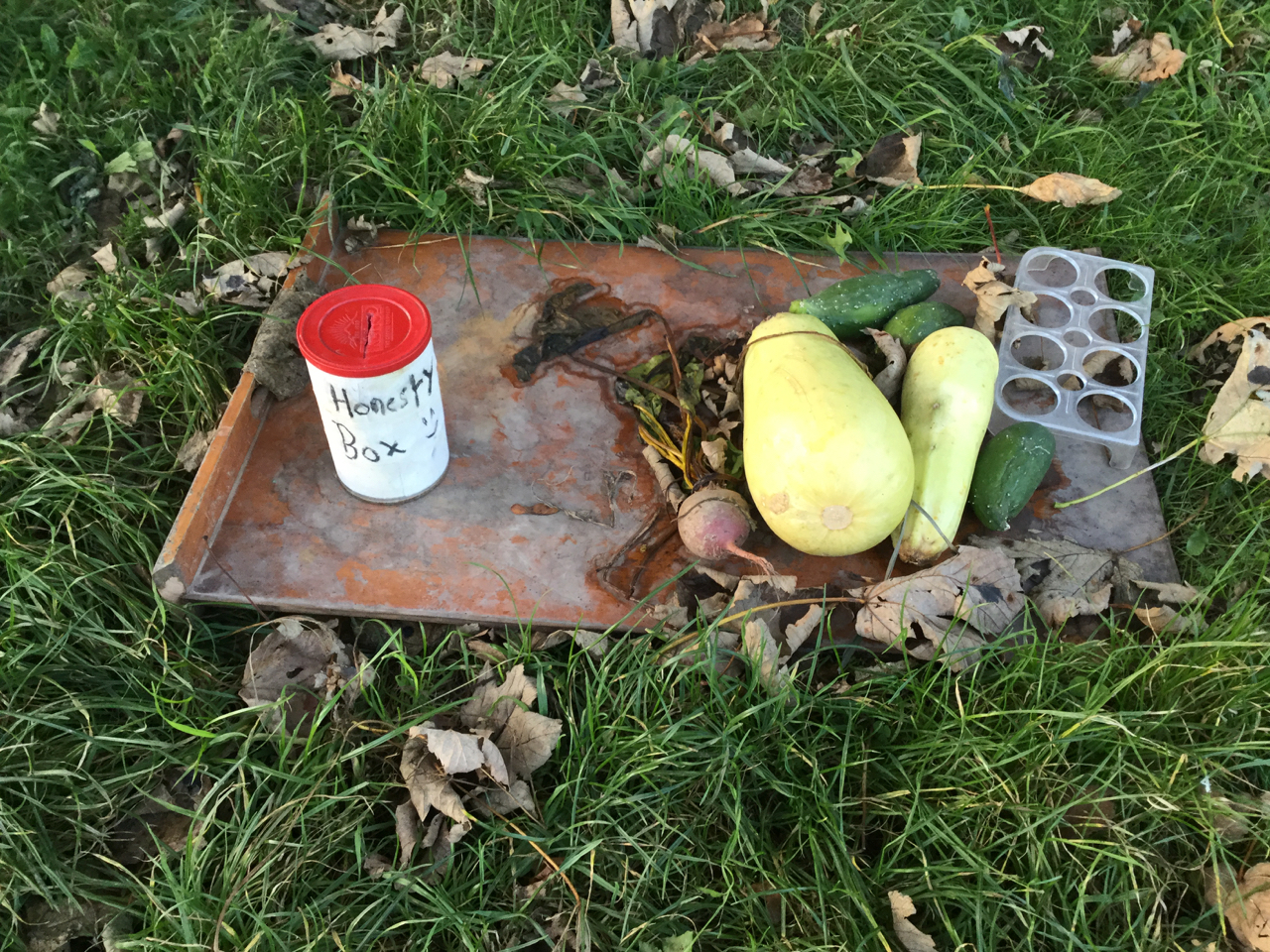 We stowed our backpacks in our room and headed up the boreen to explore the neighbourhood. The locals we met were LW’s favourite sort. 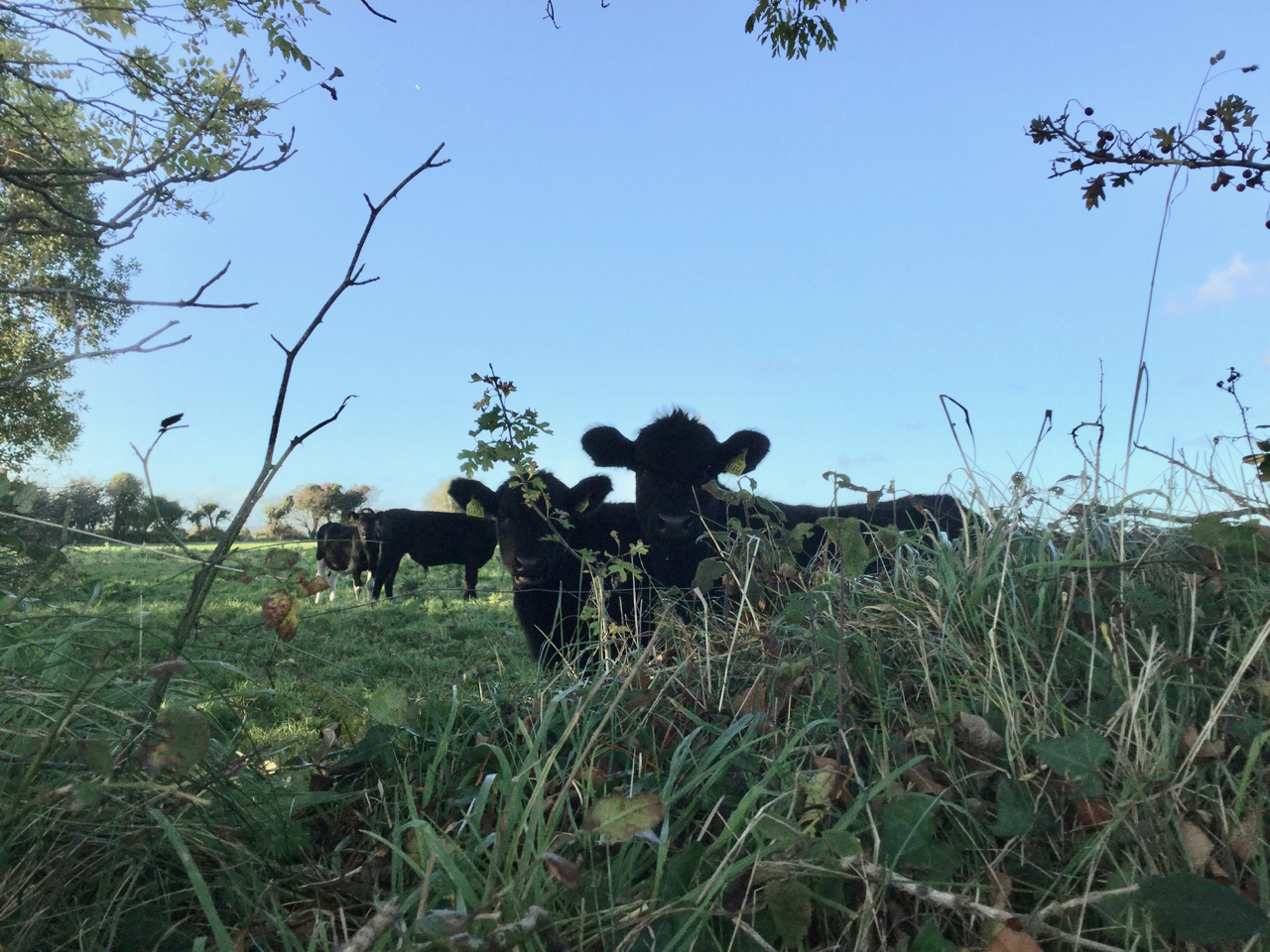 Hungry after an hour’s walk, we returned to our room for a picnic supper. Our huge window offered a perfect vantage point to watch the storm brew.

Is it wrong to be disappointed when disaster fails to strike?

The wind rattled our windows a little during the night, but the gale was a no-show. By morning, all was calm. 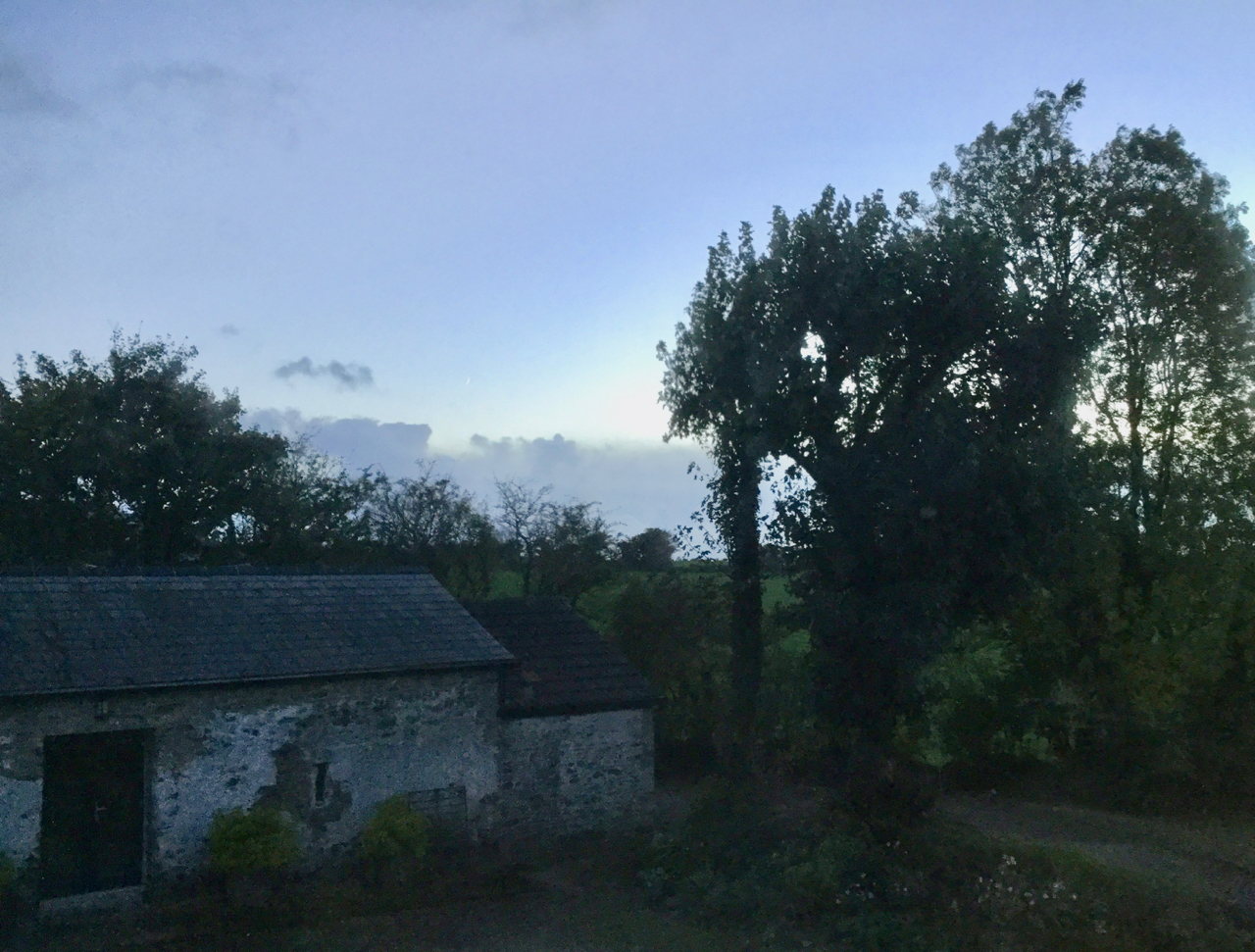 Those clouds on the horizon, though, brought rain—two days of it.

It didn’t bother us.

It bothered the locals even less. 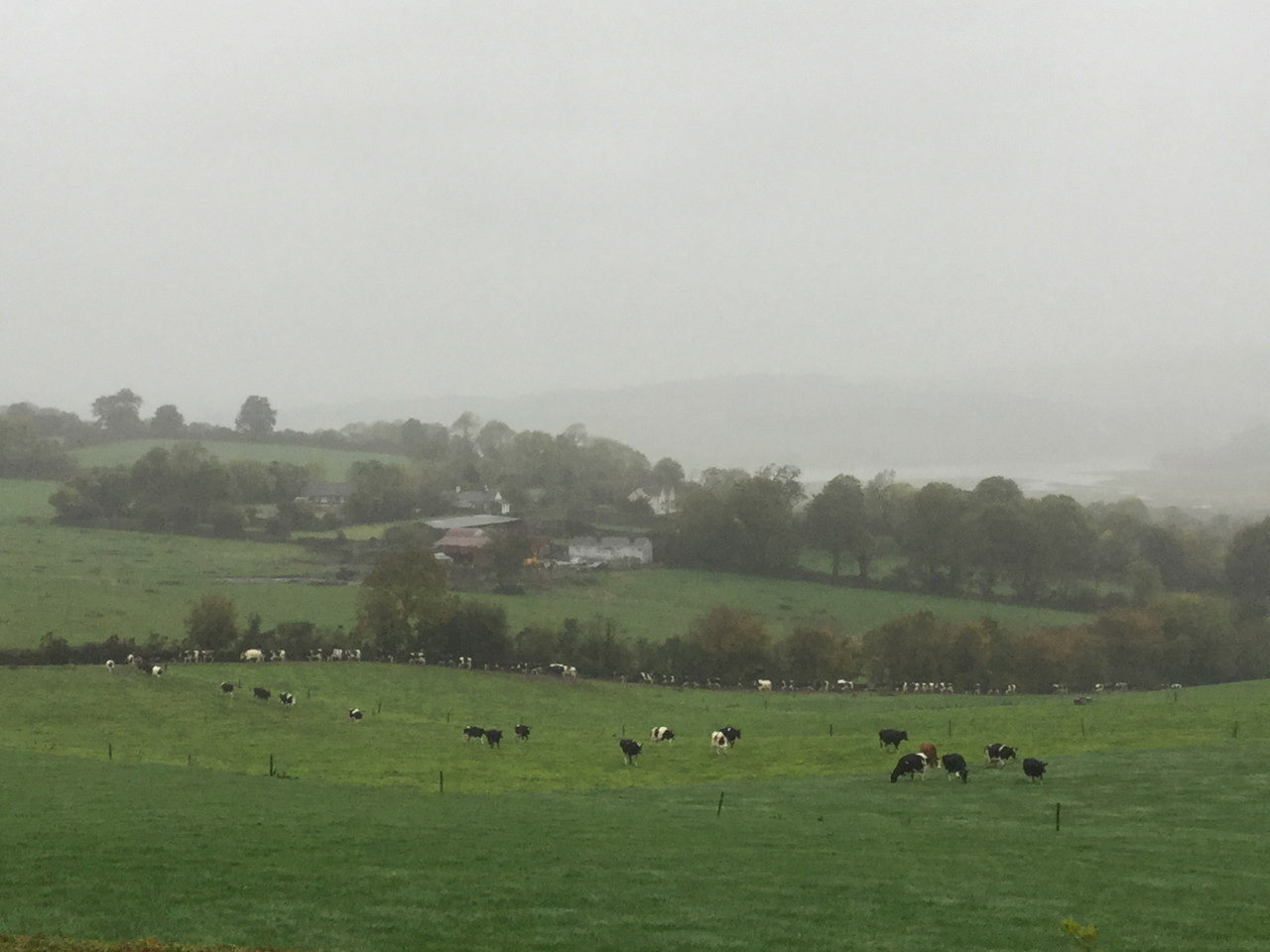