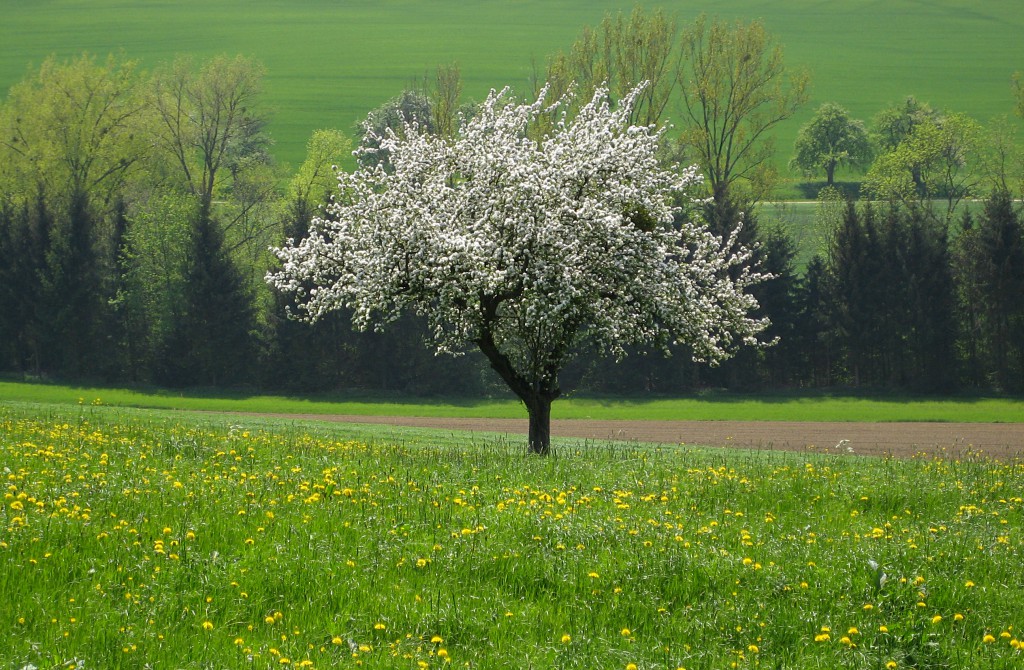 T. S. Eliot, in “Little Gidding,” talks about “the children in the apple-tree, not known, because not looked for, but heard, half-heard, in the stillness between two waves of the sea.”

Locked as we tend to be into the physical plane, it is tempting to peer into the branches of the tree, searching for children hiding there. But was Eliot referring to literal children? Probably not.

Jane Adams, who blogs at janeadamsart, offers this intriguing clue: 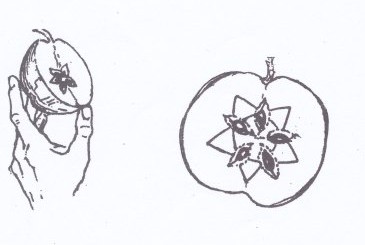 Her sketch—even though she sliced the apple vertically instead of horizontally, and so is incorrect—reveals the pentagram formed by five seeds at the centre of an apple.

A pentagram is a five-pointed star enclosed in a circle. For pagan practitioners and others, the star’s upward point represents the spirit or the divine. The other four represent the four elements: earth, air, fire, and water. A prime number, 5 is associated with the planet Mars and thus signifies severity, conflict, and harmony achieved through conflict. In the tarot, too, fives are harbingers of conflict and change. Five were the virtues of the medieval knight: generosity, courtesy, chastity, chivalry and piety, as symbolized in the pentagram of Sir Gawain. In Christianity, five were the wounds of Christ on the cross. The Muslim faith has five pillars and five daily times of prayer. Other meanings could certainly be found.

What does any of this have to do with T. S. Eliot and his apple-tree children?

Nothing, perhaps. But if a seed holds a tree’s entire potential within it, what potential do you and I hold? What potential that is “not known, because not looked for, but heard, half-heard, in the stillness between two waves of the sea”?

These are the kinds of questions I’m pondering today.

And within hours of posting this, Tree Sisters posted this idea: Every possibility holds within it the DNA of its realization.

I love that kind of synchronicity!

One Response to “The children hidden in the apple tree”